A thousand-year-old village in the Mauldre Valley

“The great charm of the village of Montainville is due not only to its privileged location overlooking the valley of the Mauldre, but also to the fact that it has remained largely unchanged over the past centuries.
The privilege to find 35km from Paris a place so strangely preserved has encouraged its inhabitants to perpetuate and the style of its buildings. Located on the edge of the plateau, Montaiville presents to the walker who approaches it in the summer, a different charm depending on whether one comes from the valley or the plateau.
From the valley, one discovers a village clinging to hillside, nestled in trees and greenery. From the plateau, we see it gradually emerge; it seems to float on a sea of ​​wheat. It has the charm of a village “forgotten” of progress and industrialization for a century … ”

​Montainville is a rural village in the center of Yvelines. It is located 5km from Thoiry safari Park, 20 km from Versailles, 38km from Paris and 40 km from Giverny.

​THE FAUCONNERIE DU ROY is ideally located in the heart of the village of Montainville, in a landscaped park with large pool (15 mx 7 m), ping pong, badminton, children’s playground (slide, swing), trampoline, farm animals on site and access to the tennis of the village. 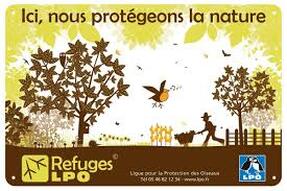 THE “FAUCONNERIE DU ROY” participates in actions of protection and reintegration of raptors, collaborating with local associations of protection of wild life such as atena 78 (website www.terroir-nature78.org). Birdhouses are located in the park and allow enthusiasts observation in total immersion. In the evening you will be lulled by the song of owl….

The tranquility and charm of Montainville have attracted many artists including Bourvil as well as film shorts and feature films including: “The Crisis”, “Fat fatigue”, “Inception“.

The hawk is used and understood as a symbol of power. The Royal Falconry is composed on the one hand of the birds of the Cabinet of the King (personal birds of the King) directed by Charles of Albert de Luynes and by a falconer nicknamed “Buissonnet”. It is composed on the one hand by Royal Falconry proper, placed under the authority of the Grand Fauconnier de France, Monsieur de Châteaigneraie. It had 140 birds in 1616.

Louis XIV superbly and splendidly installed the Royal Falconry in a set of buildings of the Inner Park, in 1682 when the Court moved to Versailles. The ru of Gally, whose source is at Versailles and ends at the Maladrerie, is full of marshes suitable for game of all hairs and feathers.
Around 1680, during the reign of Louis XIV, the Falconry of the King’s Cabinet (personal birds of the King) moved to Montainville. Indeed, Jean-Claude FORGET writes in 1778: the crew of the Fauconnerie du Cabinet du Roi that I have the honor to command has been established for nearly a century in Montainville (Source AN series F14-195 – N ° 6 1778 O1- 977 – 981).
The property comprises a total of 8 hectares of land: French gardens and crops. The surrounding lands are still called “Falconry lands” (see IGN maps). By its prestige and its taste of ostentation, the Sun King maintains falconry on a royal footing. The charge of “Fauconnier de France” is one of the three most prestigious and most jealous charges of the court. The presentation of hawks usually takes place in the Hall of Mirrors on the occasion of the visit of the ambassadors bringing to the King their compliments for the new year. Only the Kings of the North and the Great Falconer could lay a hawk on the hand of the King. The King of Denmark gave, by virtue of an ancient tradition, falcons to the King of France.

There are four types of personnel in the King’s Cabinet: the officers who often occupy this office on an honorary basis, the falconers, the true masters of the birds, the huntsmen (horsemen who run a pack), and the bearers of them. cages, which are falconer hawkers carrying hawks.
The staff of the Falconry Cabinet du Roi represent about sixty jobs whose activity, in addition to the animation it generates in the area, creates in the village a supplement of income to those of agriculture. The masters falconers constitute within the village a caste of small notables.